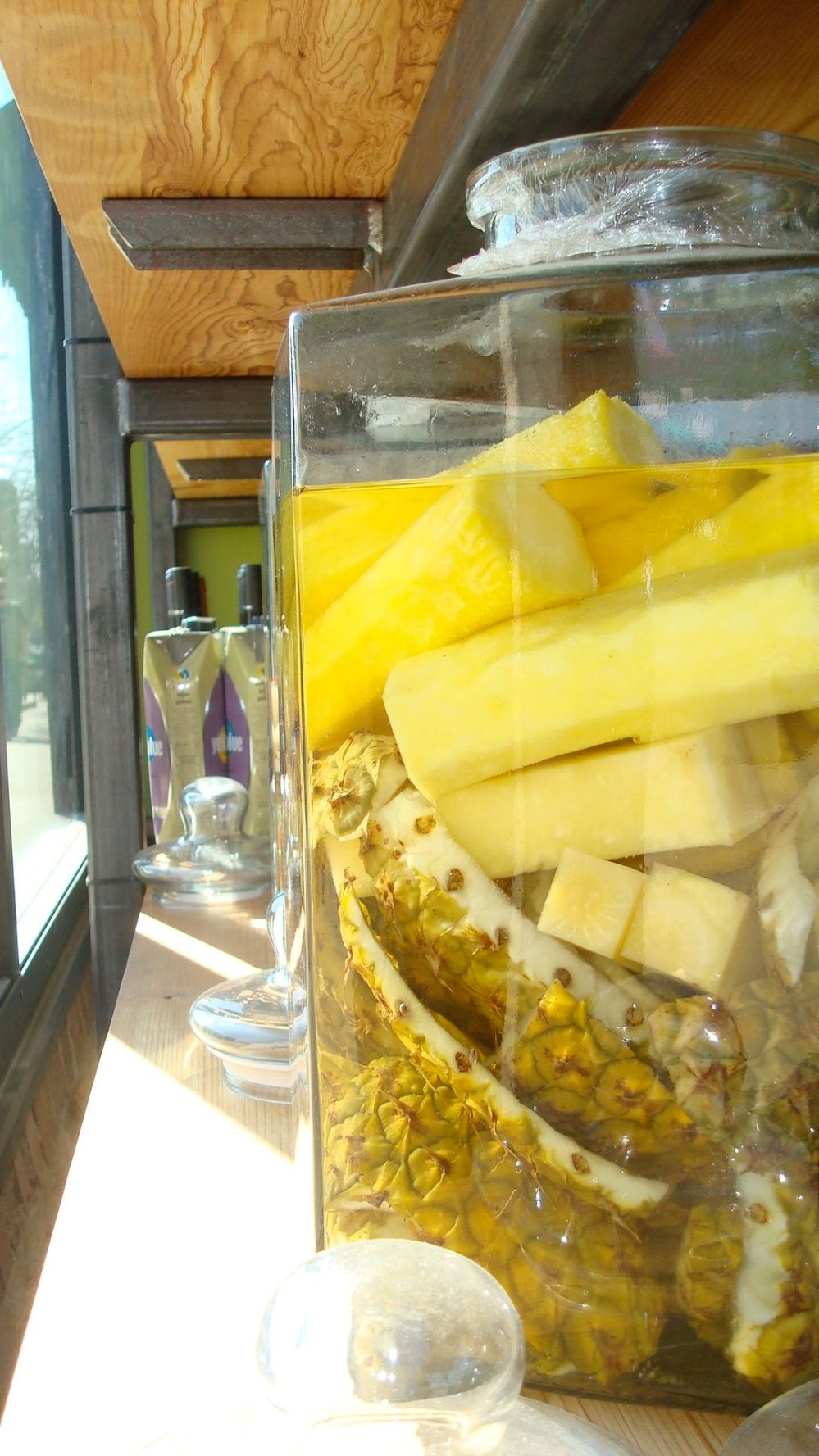 When two things hang around together long enough they are bound to rub off on to each other – couples end up using the same expressions, dogs and humans seem to actually resemble each other, your daughter takes up her best friend’s habit of using “like” in every sentence.

And so goes it the kitchen as well. I’ve had a lot of fun over the years with making my own infusions, most typically infusing alcohol with various ingredients to make the specialty cocktails that we featured at Krause Dining. The culinary concept of infusing goes beyond the liquor cabinet however, as many sauces (both savory and sweet) are labled as being ‘infused’ with something. At its most basic form, infusing usually involves a liquid spending time with an flavor (like an herb, fruit, or spice), often with the element of heat, to impart flavor to the liquid. The liquid may or may not be strained, resulting a flavor that cannot be separated (unlike your daughter and her best friend).

I’ve made lavender-infused creme anglaise for fresh berries and green tea-infused pot de creme. Robert has always made a variety of infused oils to season his dishes. Stick a few stalks of rosemary in a bottle of olive oil and voila – an infusion.

We are having a lot of fun filling up some jars at the front of our bar at Esquina – infusing rums and tequilas with pineapple, mango, fennel, and spicy peppers. Take a stroll by 8th and Massachusetts and you’ll see them, the clear liquor getting richer with color day by day as the liquid sucks the flavor right out of the ingredient.

Or better yet, stop in and have a drink – the pinepple rum made into a pina colada martini is my new favorite.