I wrote this piece last year so I decided to be brave and share it with you all. Maybe it will resonate with you…

Lying to My Daughter and Other Victories

“A vitamin,” I answered, before I had time to think. It was early, still dark, and I hadn’t even had my first cup of coffee yet, much less time to formulate an answer to her question. My thirteen-year old youngest daughter always came downstairs on school mornings before her fifteen year-old sister. “Oh,” she replied in a typical one-word response as she opened the refrigerator and grabbed the milk for her cereal. I replaced the childproof cap to the brown pharmacy bottle and placed it next to my actual vitamins. I winced inside and changed the subject to after school activities and dropped a bagel in the toaster. I didn’t think about it again until she brought it up several days later in her darkened bedroom as I was saying goodnight.

When did she go back to the cabinet and look at the name of the drug printed on the bottle? Did she take a picture of it so she could look it up later, all with her iPhone? Was she surprised when she realized I had lied to her? Disappointed? Mad? Had I ever lied to her like that before?

“It wasn’t a vitamin, it was an antidepressant,” she said simply after I climbed the ladder to her loft bed and slid under her small throw blanket. She slept on top of her floral print comforter so that she didn’t have to make her bed in the morning. I paused – it was a statement, not a question.

A bud of relief bloomed in my gut. “Yes. I’m sorry I lied to you,” I whispered, resisting the urge to cry.

“It’s ok.” I waited but she didn’t seem to have anything else to say.

“I haven’t been taking them long,” I told her. “I’ve just been feeling so down and I haven’t been able to snap out of it. Since my friend Sandy died I’ve been in a sad slump.”

“You know depression runs in my family, almost everyone is on anti-depressants. It’s nothing to be ashamed of.” Who was I trying to convince?

“And I’m glad you said something about it. It’s always better to talk. I shouldn’t have lied about it, I just didn’t want you to worry about me. I always worried about my mom.”

“And being depressed doesn’t always lead to bad things, it’s not getting help that can. I got help so that wouldn’t happen.” Did she know I was talking about the suicide attempts that have passed through my family history like a tornado warning, leaving no causalities but damage nevertheless?

“I love you honey. Thank you for bringing it up, you did the right thing.”

“Goodnight mommy, I love you too.” I noticed she didn’t call me by my first name, a habit she started when she was three.

Years ago, my daughters were surprised when my mom told them she’s been on anti-depressants for a long time. They couldn’t believe it – why is she depressed? I thought I had covered this ground when I explained that you don’t need a reason to feel sad, sometimes you just do. Some of our brains are wired differently and this sadness can be overwhelming and we need help. Now that they were teenagers, they had friends who went to therapy and took medication. And even though my family growing up had plenty of family therapy and medication, the family my husband and I created did not. We didn’t need it – or so I wanted to believe.

As teenagers my daughters can process complex ideas and communicate at an adult level. They understand chemistry and foreign languages and juggle the demands of friends, schoolwork and parents. Hell, they can even drive a car! My lie to my youngest was covered in a blanket of my sense of protection towards them. Keeping pain from them is well practiced. Comforting them is second nature. Protecting my offspring has been my job, my default reaction, for sixteen years. Of course, the lines of safekeeping change as our kids grow up. The boundaries must be extended for them to become fully functioning adults and the more I looked at my lie, the more I saw the that my reason of protecting them was more of an excuse than real. As I peeked under my maternal blanket, deeper lies were revealed – the ones I have been telling myself.

I can grit my teeth through anything. My daughters won’t notice my sadness; I won’t let them. I didn’t get the family depression gene. If I try harder, I’ll feel good enough. They don’t need to know that I’m not perfect. These thoughts gave birth to the dishonesty that so easily, without thought or intention, came running out of my mouth to my daughter. These are not tidy emotional issues; I’m still working on them and probably always will.

My youngest has yet to throw my lie back at me, even when I have been upset with her about her behavior. I see this as an act of kindness from her, a show of empathy. I’ve wondered what the moment was that led her to question my honesty to her with my vitamin answer. I realize that there may be unforeseen consequences to our relationship because I know that deception is a destroyer. I’ve participated in and felt its painful impact. My heart has been broken by lies. I have broken other hearts. But the last hearts I want to chip away at are my daughters; I know that others will. And yet in the end, I’m glad that my daughter busted me in this lie. It reminds me that I am a flawed human being, capable of falling short. It helps me to soften towards my daughters as I recognize their flaws, as they manage the huge task of figuring out daily how to grow up. It points me toward forgiveness – the kind extended to me for my lie, the kind extended to them for their failings and the kind I can show to myself for being human. 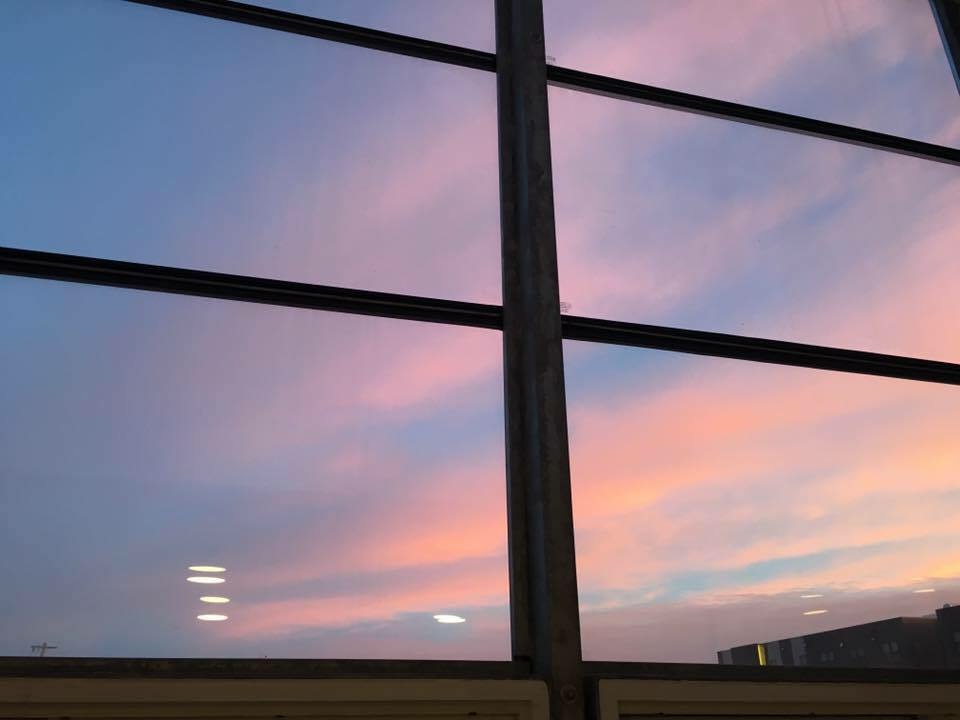